Hi-Hog provides four gate latch options for your Hi-Hog gates. The standard gate comes with the chain latch. You can however upgrade to a plunger latch, horse-back drop latch or horse-back lever latch. 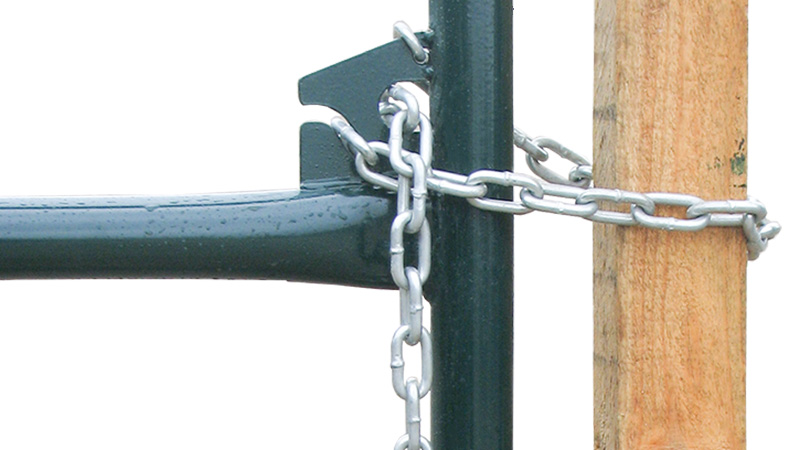 This is the standard latch on all Hi-Hog gates.

The chain latch is made from 3/16″ material. The latch design allows the chain to be wrapped around a post and latched in the chain slot. For additional security, the chain can be threaded through the hole in the latch. This will make it far more difficult for curious livestock to remove the chain from the latch. You can also loop a padlock through the chain to deter humans from opening the gate. 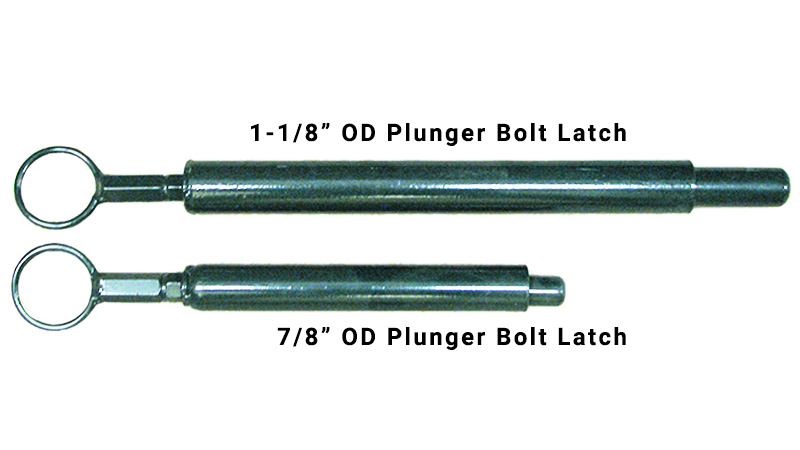 The spring-loaded plunger compresses when it hits the striker plate then extends and locks into the striker plate. For installations where the plunger stroke is controlled (such as when installed in Hi-Hog’s U-frame), you should use the 7/8” diameter plunger latch. For installations where the plunger stroke may vary (such as at an auction mart where posts spacing may vary), use the 1 1/8” diameter plunger latch.

The plunger latch is designed to be paired with one of Hi-Hog's gate striker plates.

NOTE: The stroke on the plunger can be adjusted after installation. 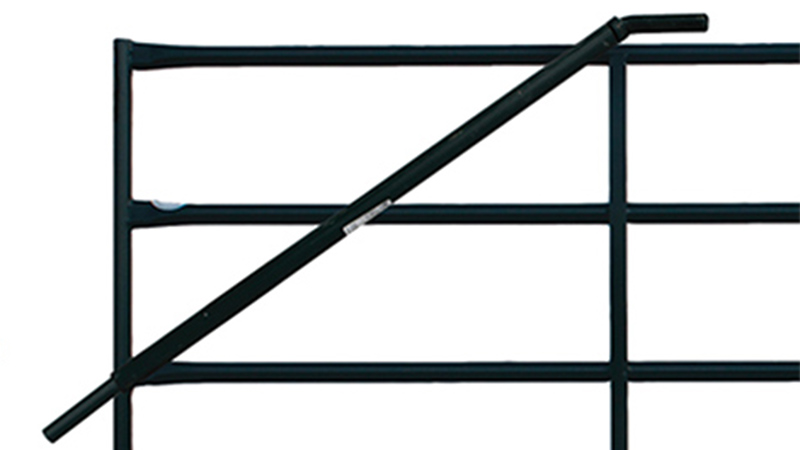 The drop latch is designed to be operated from horse back. A 4′ rod slides through tubing that is attached to the latch end of the gate at a 45-degree angle. This latch uses gravity and requires the operator to lift the latch for both opening and closing.

The drop latch is traditionally paired with a post with a hole drilled in it to accommodate the latch rod. A striker plate can be used but it the striker plate is not designed to allow the drop latch to slam shut (as it is for the standard plunger latch or the horse-back lever latch). 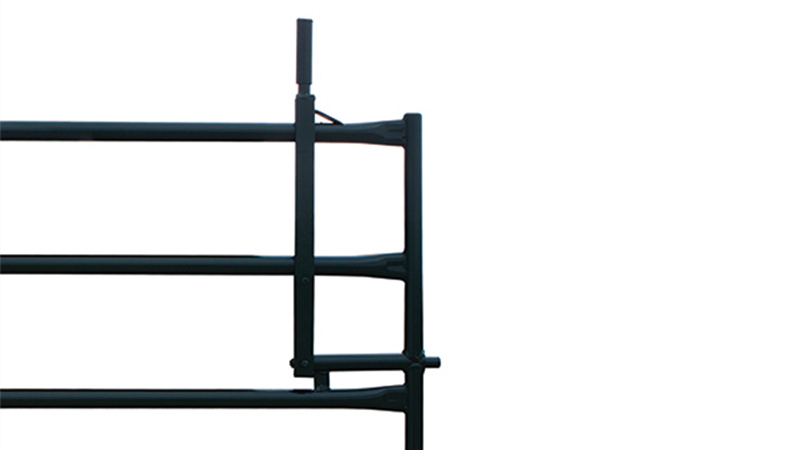 The lever latch is designed to be operated from horse back. To release the latch, simply lift the handle and push the handle towards the spring-loaded plunger latch. To close the gate just push the gate shut and the plunger will lock automatically.

Ordering your Horse Back Lever latch

The horse-back lever latch is designed to be paired with one of Hi-Hog's gate striker plates.

Note: When you receive your lever latch you will need to remove the HANDLE STOP from the PIVOT AXLE SLEEVE.

NOTE: the Plunger Latch and Horse-back Lever Latch are designed to work with Hi-Hog’s striker plates. The plunger latches will however work with a drilled hole in your post.